The query screens in the handheld solution are processed by taking the XML produced by the SYSPRO query business objects and passing it through an XSL translation file to form HTML.  The HTML is then paired with a CSS file to add the desired formatting and colors.  See the overview below followed by the detailed steps to accomplish Handheld solution query modifications. 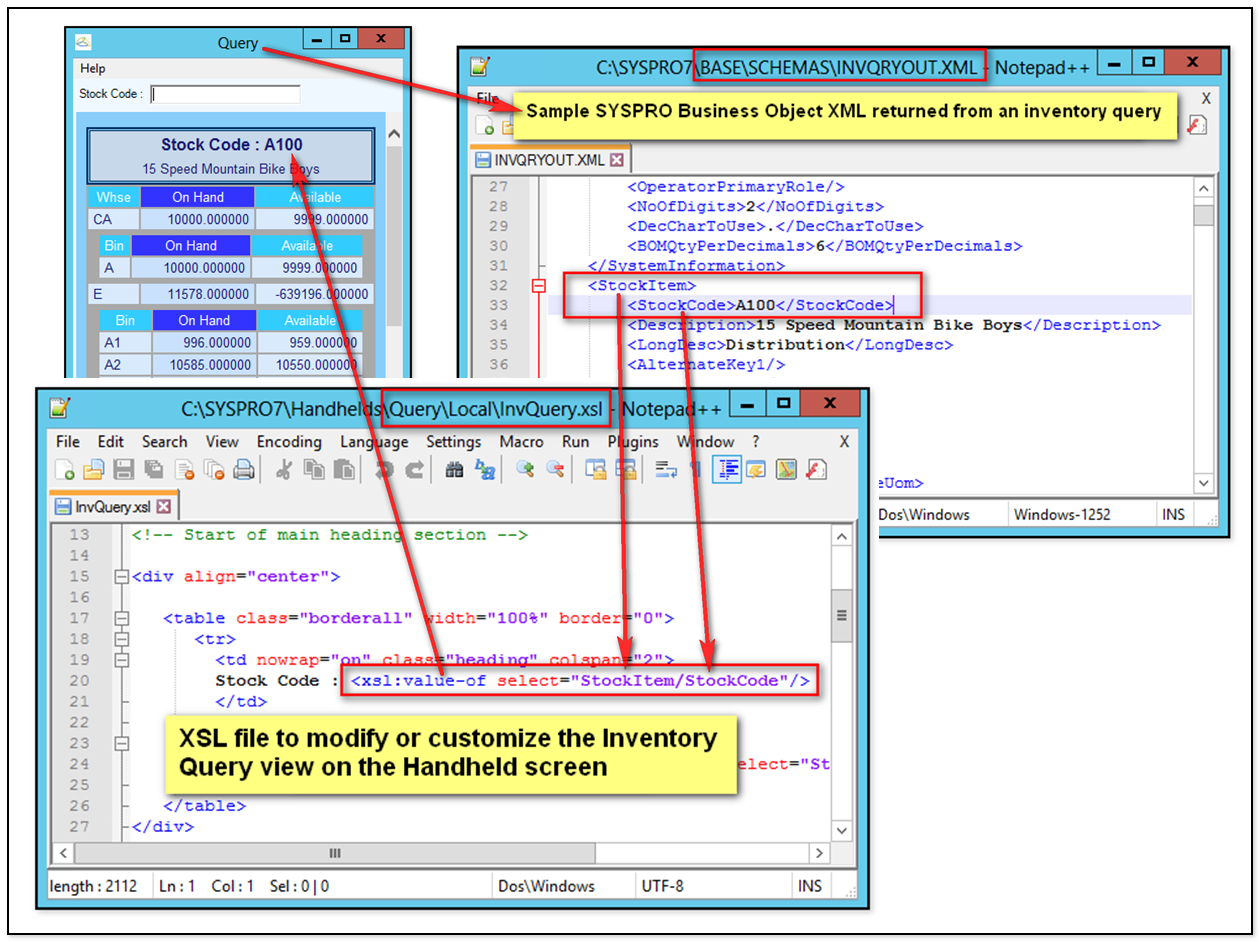 The XSL and CSS files are used to format and populate the Handheld solution query screens.  The associated XSL and CSS files are stored in the Queries folder under the default handheld folder on the server.  To find the default handheld folder, run the Shipping/Handheld system setup or select Run a program (Ctrl+R), type-in and run EDISHP, then find the path under the Import/Export tab as shown below:

In the above example, the path to the XSL and CSS files for Handheld queries would be located in the C:\SYSPRO7\Handhelds\Query folder.  In this folder, each XSL file used for formatting a Handheld query has file name whose purpose should be apparent from the file name, such as, InvQuery.xsl for the inventory query, BinQuery.xsl for the bin query, and so on.  Query.css is the main CSS file where, as seen below, CSS is used to style the colors and borders of the Handheld query screens. 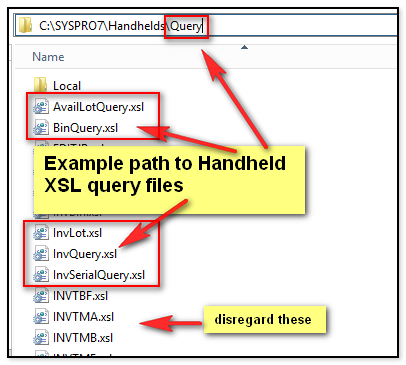 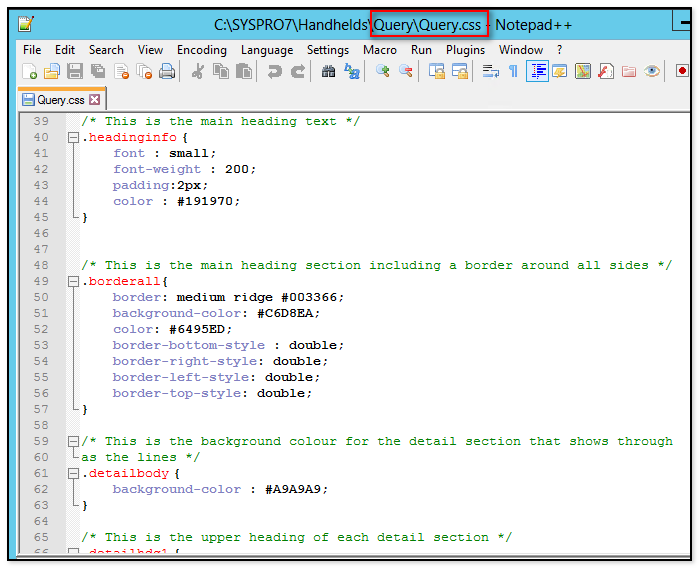 Note:  for the purposes of query modifications, disregard the XSL 6-character files names found in this Query folder, such as IMPTMB.XSL, as these XSL files are used internally and are associated with the "Last" button display on the Handheld direct modules, such as "Direct Stock Take" or "Direct Receiving".

Copy the query XSL file to the Query\Local folder

In the following example, the goal is to add the Stocking Unit of Measure (UOM) to the Stock Code query screen.

Then modify the XSL file as desired to add, remove, reformat fields, changing wording, and so on.